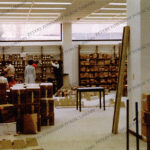 The library moved in 1976 to a 7,000 sq. ft. renovated Township maintenance building, and constructed an addition in 1985 to increase the total size to 11,000 sq. ft. A fully automated catalog and circulation system was introduced in 1993. Due to tremendous growth in the Township and a corresponding greater demand for library materials and services, planning for a new library began in 1997.

A groundbreaking ceremony was held on April 4, 1998 for a 23,000 sq. ft. two-story facility. The new library opened its doors to the public on February 16, 1999. In 2000, the library received national recognition from the Hennen’s American Public Library Ratings (HAPLR), which ranked the library fourth in the nation among public libraries serving populations of 10,000 – 24,999.

In 2008, construction was completed on a 4,800 sq. ft. expansion which added a Teen Room, a Family Activity Center, a Local History Room, a Conference Room, and expanded shelving capacity on both levels of the library. 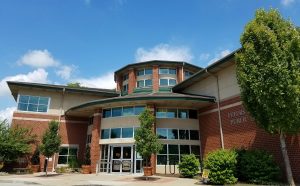 Today, the Peters Township Public Library is open 7 days a week from September – May, and 6 days a week from the end of May to the beginning of September. The library is closed on Sundays during the summer months. The library contains over 136,000 items including books, magazines, DVDs, music CDs, books on CD, eReaders, Playaways, Teaching Company “Great Courses” CDs and DVDs, circulating video games for Wii and Xbox consoles, Bi-Folkal “Memory” kits, interactive books for children, LeapPad Electronic Platforms and books, and much more. Services include free public computers, online databases, e-audiobooks, wireless Internet access, a self check-out machine, homebound delivery of items, meeting rooms, book clubs for all ages, a free weekly e-newsletter, library blogs for teens and adults, and more. A multitude of programs for patrons of all ages are offered throughout the year. 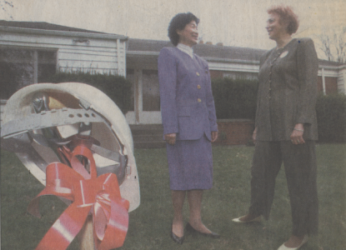 First township tax money given to the library.

Library Board of seven members appointed by the Women’s Club. 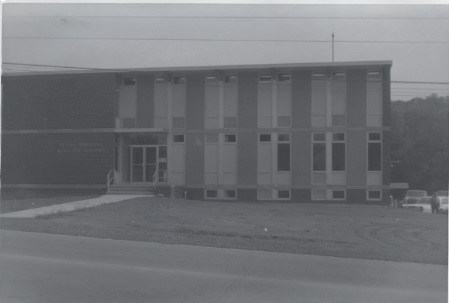 Transfer of library sponsorship from Women’s Club to Peters Township.

Peters Township Library becomes a part of the Washington County Library System as of July 1982.

Groundbreaking for an addition financed by a Library Services and Construction Act, Title II Grant of $97,125 along with matching funds from the township, $10,000 from the Friends of the Library, and $50,000 contributed by township residents.

Addition of two Internet terminals, as well as a PC in the children’s room loaded with “World Book Multimedia Encyclopedia.” 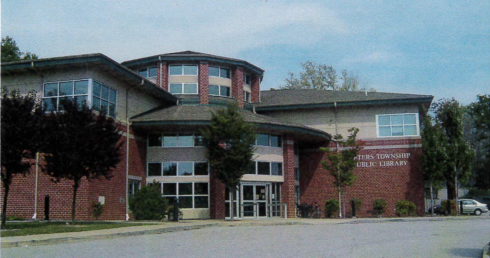 April 13, 2008: Dedication Ceremony for library addition. The 4,800 sq. ft. expansion added a Teen Room, a Family Activity Center, a Local History Room, a Conference Room, and expanded shelving capacity on both levels of the library.